Does “Keeping Up With the Joneses” Drive Investment Decisions? 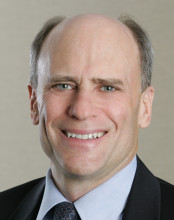 Does “Keeping Up With the Joneses” Drive Investment Decisions?

Behavioral finance is a fascinating and relatively new field of study that seeks to combine behavioral and cognitive psychological theory with research in conventional economics and finance to provide explanations for why individuals make irrational investment decisions.
Research in the field has found that individual investors:

Among the more common explanations for these behaviors are overconfidence, mistakenly confusing the familiar with something that is safe, herding (the desire to be member of a crowd) and sensation-seeking. The authors of a 2014 study, Trading for Status, hypothesized that concerns over social status can reinforce and amplify the aforementioned behavioral drivers.

Their work builds on previous research that has found investor status concerns can significantly increase household risk-taking. In other words, taking risk depends not only on an individual investor’s own wealth, but also on the wealth of their peers. And it is also important that a household’s marginal utility of wealth increases with the average wealth of the household’s peer group because individual investors value the social esteem brought on by their wealth more than the consumption of goods and services that this higher wealth can buy.

Keeping Up with the Joneses

Prior research has also found that, because peer groups are often likely to be neighboring entrepreneurs, “keeping up with the Joneses” can lead to taking excessive risk by holding concentrated positions in local stocks. Individual investors value an extra dollar of wealth more when the neighbors are wealthier, so you should see less evidence of this behavior in bear markets. One researcher reached this conclusion: “Consumption is evidence of wealth, and thus becomes honorific, and failure to consume a mark of demerit.”

Status concern is thought to be one reason why, in the United States, self-reported happiness flattens at an income of around $80,000 per year. So, do status concerns drive investor behavior? To test this hypothesis, the authors of the study chose China because its stock markets are mostly driven by retail individual investors who tend to be strongly locally biased. They used data on stock share turnover, stock message boards and brokerage house trading during the period from 1998 through 2012.

The authors used large stocks as a control group because large stocks suffer less from local bias than small stocks, since they tend to be better known nationally and have physical plant operations throughout the country. In addition, large stocks are more likely to attract large institutional investors, whereas small stocks are more likely to be traded predominantly by retail investors. If their theory is correct, the authors should see larger differences in outcomes in the country’s wealthier areas, where status is more important. They should also see larger differences in the latter half of the period, where wealth has increased. And that is exactly what they found.

The authors discovered that “the prices of small relative to big local stocks, measured by market-to-book ratios, are higher after 2004 in rich cities than poor cities. The economic and statistical significance are similar to what we find for share turnover. The market-to-book ratios of stocks in China range between 2 and 4. The mean gap in market-to-book ratios between small and big stocks is around 0.6. Most of this gap is coming from stocks located in the rich cities after 2004.” That’s when China reached middle-class status, which is when status concerns arise.

Said another way, status concerns lead households, especially those located in affluent areas, to demand these stocks as a way to track their neighbors’ wealth. And as one should logically expect, they found that “this demand varies pro-cyclically with the stock market’s value and generates household trading.”

They also found “consistent evidence that households in rich cities trade more small local stocks (relative to big local stocks) than those in poor cities controlling for their wealth and other demographic characteristics.”

The authors concluded: “Consistent with our hypothesis, we find that households living in high status concern areas take more risk by trading small local stocks to track their neighbors’ wealth that are tied up in local private companies. This status concerns effect arises after 2004 in the highest GDP per capita cities in China, which had reached a degree of affluence. Status preferences also boosted the prices of small local stocks.”

As human beings we are prone to behavioral errors. There’s no reason to believe that we wouldn’t make the same type mistakes when investing. Often, these mistakes occur because individuals are unaware how their behavioral tendencies drive investment decisions. But knowledge is power. Being aware of our tendencies can help us avoid mistakes, or at least minimize them.
Larry Swedroe is director of research for The BAM Alliance, a community of more than 150 independent registered investment advisors throughout the country. He has authored or co-authored 14 books, including his most recent, The Incredible Shrinking Alpha: And What You Can Do to Escape Its Clutches. His opinions and comments expressed on this site are his own and may not accurately reflect those of the firm.