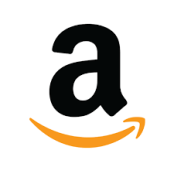 Inside the Analyst Move

Piper Jaffray analyst Gene Munster has named Amazon as a “Top Large Cap Pick for 2015” and has given the company a $400 price target. This price target suggests a 30% upside.

The analyst noted: “Amazon is our top large cap pick for 2015. Our recommendation is based on our belief that while investors may not get a nirvana margin moment in 2015, they will become increasingly confident that the business will scale longer term. We believe this increased understanding in the defensibility of Amazon’s marketplace, growth potential, and margin opportunity will move shares of AMZN higher in 2015. Longer-term (year plus), we believe margins can improve significantly (from 1% to 6%+ PF operating margin), driven by improvements in eCommerce margins, growth of AWS, and growth in other, high-margin businesses (advertising, local, and potentially travel).”

Considering that Amazon’s share price is down 25% this year, it is very optimistic for the analyst to put a $400 price target on the company. Following the company’s last earnings release, the stock sold off.

On the upside, many analysts and investors are excited about the company’s Amazon Web Services (AWS), which could have some potential value that can be unlocked.

Investors should realize that this stock is for aggressive investors. Investors seeking exposure to the company may be better off with a mutual fund.

Investors interested in Amazon may also consider the following mutual funds as an alternative to investing directly in the stock. The funds below currently hold the largest stakes in the company.

Shares of Amazon are down 25% YTD.