Pascal's Wager and the Making of Prudent Decisions: Asset Allocation 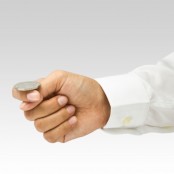 Pascal's Wager and the Making of Prudent Decisions: Asset Allocation

Pascal’s Wager is a suggestion that was posed by French philosopher Blaise Pascal that even though the existence of God cannot be determined through reason, a person should act as though God does exist. Why wager that way? Because the consequences of each wager are very, very different.

As financial author William Bernstein points out, the crux of the wager is this: “If a supreme being doesn’t exist, then all the devout has lost is the opportunity to fornicate, imbibe, and skip a lot of dull church services. But if God does exist, then the atheist roasts eternally in Hell.”

But what does Pascal’s Wager have to do with investing and financial decision-making? Pascal demonstrated that the consequences of any decision should be carefully considered before accepting the risks involved (in case you are wrong in your choice). As a result, Pascal’s Wager can be used to help investors make all kinds of financial decisions. Let’s start with one of the basics.

If you have already achieved sufficient wealth to support a quality lifestyle, you face a wager analogous to the one that Pascal proposed. You can choose either to focus on the preservation of your capital (by having a low allocation to risky assets, such as equities) or you can choose to try and accumulate even more wealth (by having a large allocation to those risky assets).

While it is indeed likely that a higher allocation to risky assets will result in greater wealth, that outcome isn’t even close to a certainty. In addition, not only do we know that for most people the pain of a loss is at least twice the magnitude of the positive feelings generated by an equivalent gain, but the larger the amount involved, the greater that ratio becomes. While you might be willing to risk $100 to win $200 on the flip of a coin, most people would require much better odds if the stakes were raised to, say, $1 million, and even higher odds if the wager was $10 million.

In most cases, at some point almost no odds would be great enough to entice you to accept the bet with that kind of cash on the line. The reason is that the consequences of going from rich to poor are unthinkable for most people. Therefore, if you’ve reached the point where your personal marginal utility of wealth is low, then your portfolio should be dominated by high-quality fixed-income assets.

As Pascal demonstrated, there are some risks that are just not worth taking. This was a lesson the market taught many investors in 2008.

If you are deciding which side of Pascal’s Wager you want to be on, at least when it comes to your investment portfolio, I recommend you consider this important insight from author Nassim Nicholas Taleb: “One cannot judge a performance in any given field (war, politics, medicine, investments) by the results, but by the costs of the alternative (i.e. if history played out in a different way). Such substitute courses of events are called alternative histories. Clearly, the quality of a decision cannot be solely judged based on its outcome, but such a point seems to be voiced only by people who fail (those who succeed attribute their success to the quality of their decision).”
The lesson about knowing when enough is really enough can be learned from the following incident. In early 2003, I met with a 71-year-old couple who had financial assets of $3 million. Three years earlier, their portfolio had been worth roughly $13 million. The only way the couple could have experienced a loss of that magnitude was if they had held a portfolio almost entirely made up of equities heavily concentrated in U.S. large-cap growth stocks, especially technology stocks. They confirmed this. They then told me that they had been working with their financial advisor during this period, demonstrating that while good advice doesn’t have to be expensive, bad advice will almost always cost you dearly.

I asked the couple if, instead of falling almost 80% their portfolio had doubled to $26 million, would that gain have led to any meaningful change in the quality of their lives? The response was a definitive no. I stated that the experience of watching $13 million shrink to $3 million must have been very painful, and they probably spent many sleepless nights worrying. They agreed.

I then asked why they had taken the risks they did, knowing the potential benefit was not going to change their lives very much but a negative outcome (like the one they experienced) would be so painful. The wife turned to the husband and punched him, exclaiming, “I told you so!”

Some risks are just not worth taking. Prudent investors don’t take more risk than they have the ability, willingness or need to take. The important question to ask yourself is: if you’ve already won the game, why are you still playing?

Next week, we will look at how considering Pascal’s Wager can help you make additional prudent financial decisions.

Image courtesy of patpitchaya at FreeDigitalPhotos.net