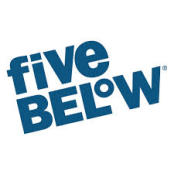 After the closing bell on Thursday, discount retailer Five Below (FIVE) released its holiday sales data and an updated outlook for the fourth quarter. Here’s what this news means for mutual fund investors. Following the news, shares fell nearly 15% on Friday morning.

The company reported net sales for the nine-week period ended January 3 of $230.7 million, a 24.5% increase from $185.3 million in the same period last year.

With its high price-to-earnings ratio and its lower guidance, a pullback may be inevitable for Five Below. Fund managers and investors should remain cautious on FIVE and wait for the stock to bottom out.

Investors interested in Five Below may also be interested in the funds listed below. These funds currently have the largest stakes in the company.

The funds above allow investors to gain exposure to Five Below while remaining diversified. Investors interested in Five Below may also be interested in Big Lots (BIG) and Dollar Tree (DLTR).