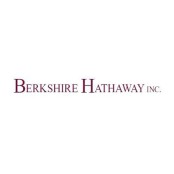 Berkshire Hathaway is known for being the most expensive stock, and one of the biggest companies in the U.S. Over the last 12 months, the company has performed twice as well as the S&P, but whats next for the company?

Buffett noted that future gains will not come close to gains in the past. In his letter to shareholders, he also mentioned several other notable topics including his future successor for when he dies or steps down from his CEO postiion. According to Buffett, he may have found the right person to succeed him as CEO.

In addition, Buffett also noted that the company may start paying a dividend at some point – but not for 10-20 years.

Investors interested in BRK-A may be interested in the funds listed below. These funds currently have the largest stakes in the company.

The funds listed above allow investors to gain exposure to BRK-A while remaining diversified. Investors may also be interested in General Electric (GE).